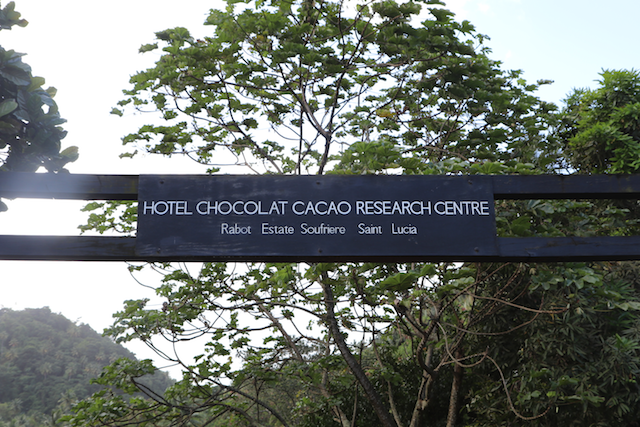 Hotel Chocolat is a hotel on a cocoa tree plantation in St. Lucia. There are no kids allowed but we got lucky and we went on the two chocolate tours. They were Tree to Bean and the other tour was Bean to Bar.
We got to Hotel Chocolat a few minutes early so we took some pictures, here are some:
We also grafted a cocoa tree. Below is me and my brother, Tristan grafting the cocoa tree and me and my family with the tree we named Shenberger.

The second tour was Bean to Bar what that means was we made a chocolate bar out of a cocoa bean. Each of us made our own chocolate bar. (this was not easy it was 45 minutes of crushing, smashing, and stirring). First we had to crush nibs (small pieces of crushed cacao beans) in a Mortar and smashed it with a pestle. Then we had to add cocoa butter (also called theobroma oil, is a pale-yellow, edible fat extracted from the cocoa bean). After the cocoa butter we added the sugar. We got to add as much sugar as we wanted. Then we added the nibs, cocoa butter, and sugar in a mold to harden. After that you would have a  chocolate bar! 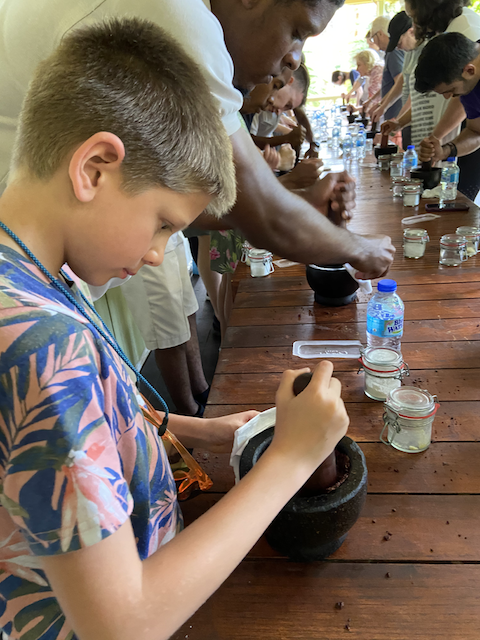 After we did the two tours we ate lunch at Hotel Chocolat. I think dessert was the best part because it is a chocolate hotel and they make chocolate and its the best. I had a salad for lunch and a chocolate  piton for dessert.