It is always exciting coming home after a long time away, but, it takes a bit of getting used to.  So much more space – so many things that need and/or we want to do.  Invariably, it feels a bit overwhelming at first.We had no worries when we were gone, as Diana looked after our house.  We arrived home, as always, to an immaculate home and staples and meals in the fridge.

Diana continued to help with the harvesting and weeding throughout the summer. Nothing went to waste and the garden was weed free and tidy till the very end.  What a joy!

Our blueberry yield was great; as many as 8 quarts on many days.  Thanks again to Diana for all the help harvesting.  It is a time consuming task and you need to pick every couple of days.  I finally got my strawberry bed planted again and the raspberries pruned and fertilized – next year we should be swimming in berries.

We had the pool opened soon after we got home.  It had been closed for 2 years and we found a number of inhabitants had established their homes there.  One was the largest frog we have ever seen in Pennsylvania.  I caught and released him several times;  the first, hoping he would like living in our small water garden.  That lasted about 15 seconds – he leapt out and took off with great long hopping strides towards the vegetable garden.  The last relocation was about 1500+ feet away in wet portion of the wooded area of our home.  We did not see him for several months and figured he had finally found a new home but in August, Riley fished him out of the pool, bigger than ever.

We also found many large black rat snakes had enjoyed the winter months under the pool cover.  A “couple” decided to start some new snakes before they took off. 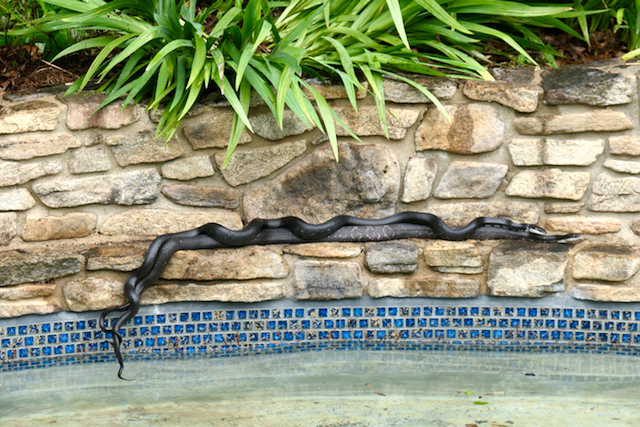 We are very happy to have as many rat snakes live with us as is possible.  They, as there name implies, do a great job keeping the rodent population in check.  Mother nature being what she is, you need to take the good with the bad.  While having breakfast on our living room porch, we noted a small head peaking out of a birdhouse that bluebirds regularly nest in. 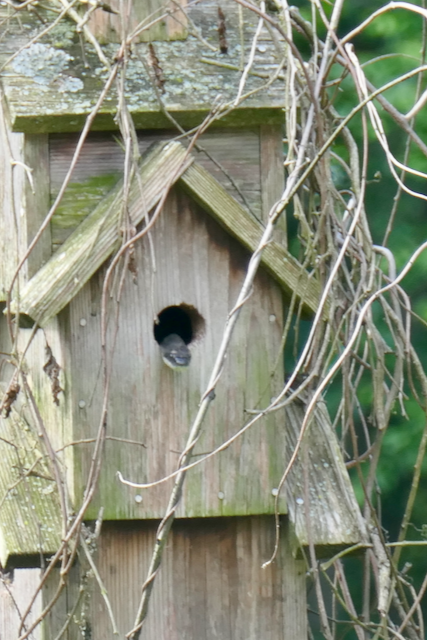 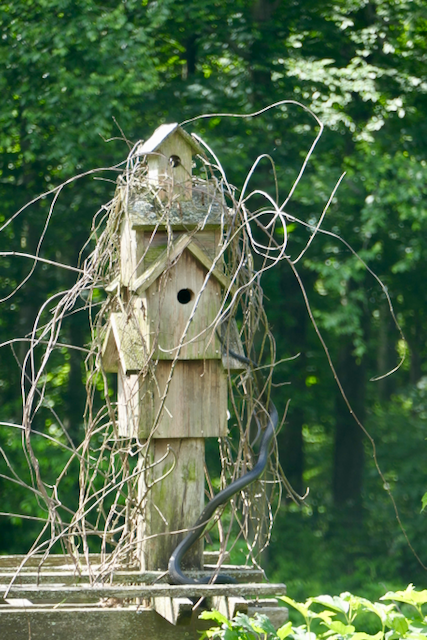 With the vegetable garden well in hand, our attention was drawn to what used to be our hillside heather garden.  We lost the heather when we failed to religiously prune and re-acidify the soil.  Our soil has a pH a bit above 7.  Heather require a pH below 5 or they cannot absorb any nitrogen from the soil.  It is the same with blueberries.  The heather so beautiful, I convinced George we could maintain a small section of heather.  The remainder we planted with low growing shrubs. 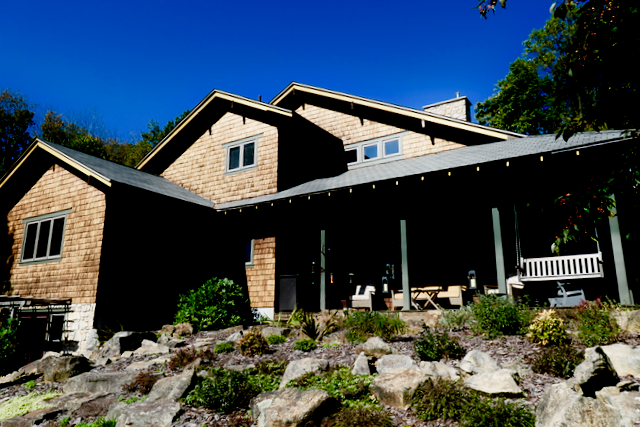 Landscaping on the driveway side of our house was replaced, the prior inhabitants having overgrown, died, or been destroyed by deer.  It was a lot of work, but we have finally restored all our landscaping, with the exception of the perennial garden we established just before Allison and Mike’s wedding.  It bloomed the first time for the wedding, and was destroyed by the dreaded pine voles over that winter.

Sailing Time and Landlubber time – the best of times