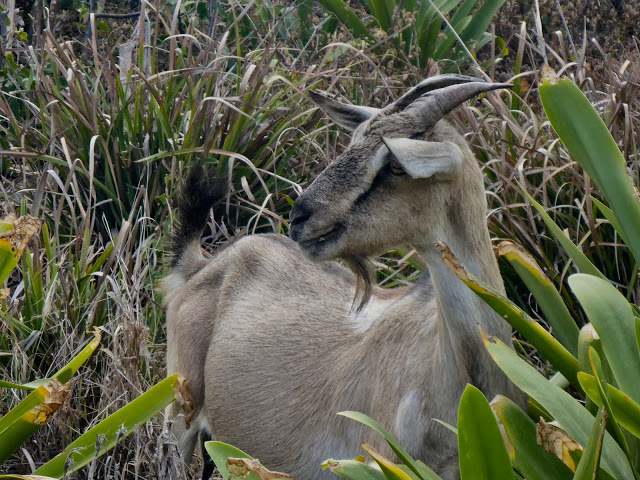 From our beautiful, quiet mooring in Anse de Colombier, you can take a short hike that provides mountaintop views of several bays (Colombier, Petite, Paschal), as well as, very diverse flora and fauna.  If you are not traveling by boat, this hike can be taken in the opposite direction starting in the Village Flamands.
You begin this hike from the left side of Anse de Colombier beach (looking from the water).  There is a stone staircase that leads to the trail.  While there is some elevation for the hike, the path is well established and I would describe it as appropriate for anyone accustomed to climbing stairs and walking on a dirt and rock path. 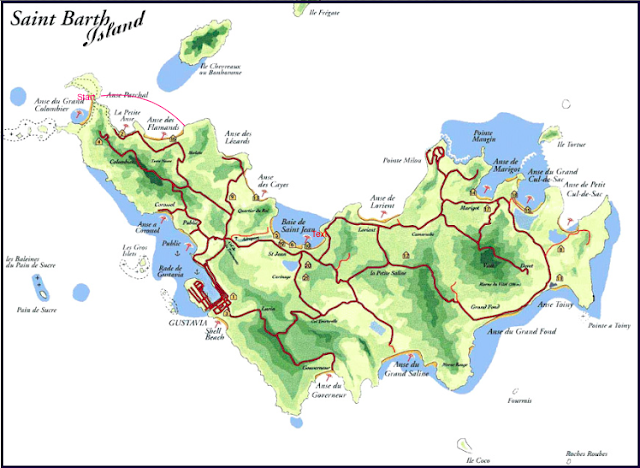 As the hike neared the crest, we encountered many goats.  They were not timid, even when Duhkxy barked.  Many were accompanied by their spring babies.  We continued to encounter goats throughout much of the hike. 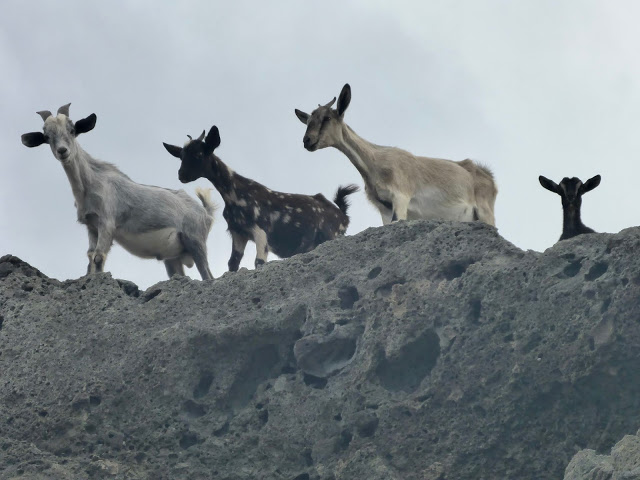 We were immediately rewarded with a hilltop view of the tranquil Anse de Colombier where we moored for several days.  The bay is teaming with sea turtles and offers a quiet, less crowded setting compared to the anchorage off Gustavia, the capital of St. Barth.

Directly north we saw Anse Paschal, with its massive collection of sargassum seaweed.

A short way on, waves crashed against the shore of Le Petite Anse (also on the north side).

Flocks of Tropic birds soared above and around us. 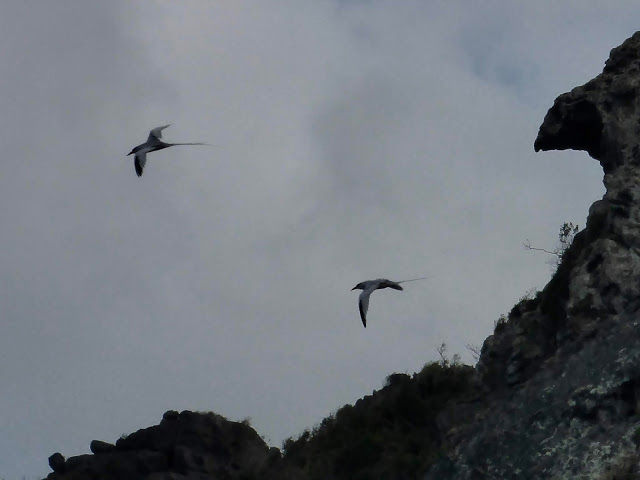 We always enjoy observations of pants with unusual features and flowers and this hike did not disappoint.  The rocky coast seemed as though it would be inhospitable to pant life, but its abundance and variety is a remarkable testimony to adaptation and evolution. 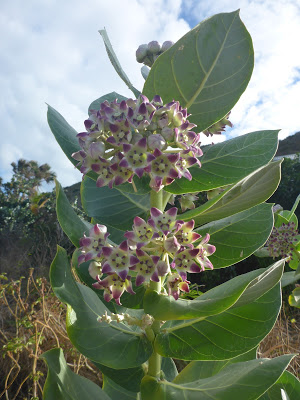 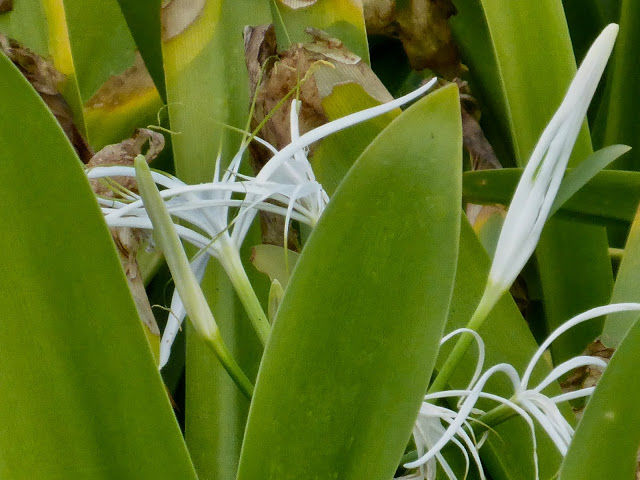 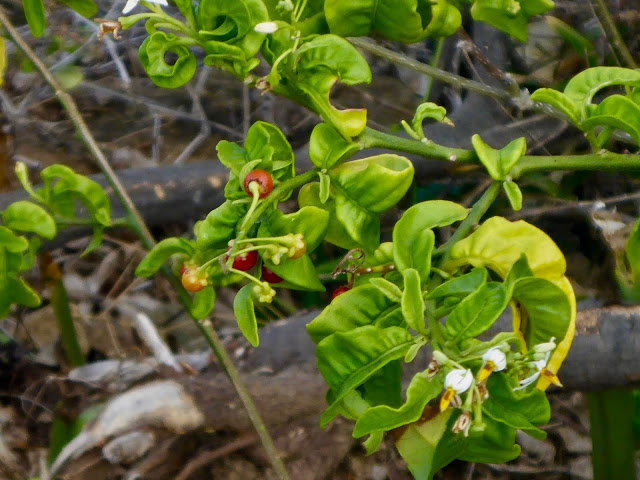 small and mid-size lizards darted across our path.

Views of the villages ahead beckoned us on.

As we neared the end of the trail, we saw a tortoise. 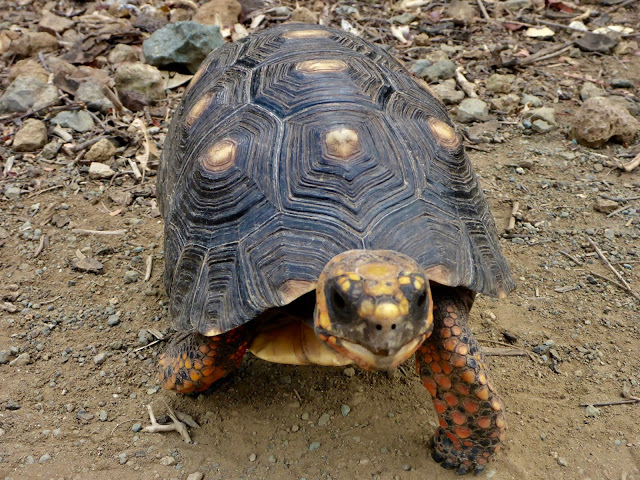 And then two more another, then several more, and still more.  We speculated as to why the tortoises would be congregating in this particular spot.  Closer to the village of Flamands we got our answer – a tortoise watering station had been set up.  We have subsequently seen tortoises throughout our travels in St. Barth, but never in such numbers, and never, fortunately, as roadkill.

Lovely cottages sit on top of the ridge overlooking Le Petite Anse.  The view of this cove and the villages beyond must be seen from this vantage point. 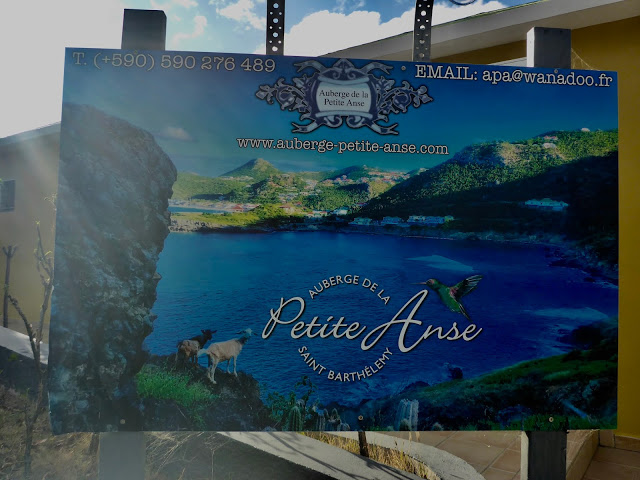 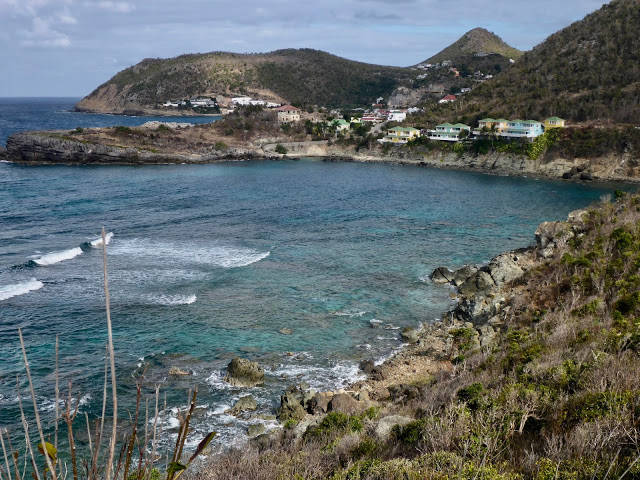 The trail led directly to a street within Flamands.

As we visited Flamands, Duhkxy was admired by several villagers, but most did not give him a second glance – this is very characteristic of French culture.
We visited a small grocery store for some libation.  Duhkxy was not permitted to enter.  I commented to the woman at the checkout “Ce n’est pas La France” (This is not France), to which she smiled and nodded.  She let me photograph the cigarettes she had for sale.  The frightful visual warnings of diseases linked to tobacco were exactly as in France. 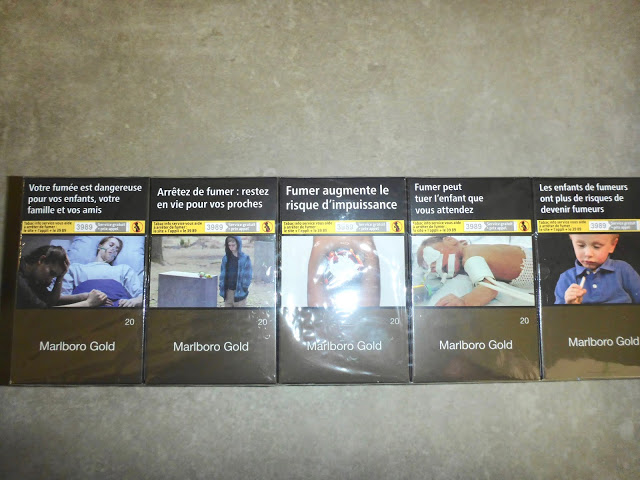 Private properties in Flamands commonly fruit-bearing trees (sour sop, papaya, coconut), much like in France.
And there were flowering shrubs everywhere – much like France.  Beautiful hike, beautiful village, beautiful day.